I have the pleasure to announce the version 0.5 of the wktraster plugin for Quantum GIS.

This version main improvements were:
- Possibility to load one table row as a raster (this allows reading a single row in a mosaic table)
- Better raster table listing, that allows to load tables that are result of SQL processing (create table as)
- Improved raster uploading, that allow to cancel and follow the process of overview loading.
- Possibility to view tile bounding boxes as a layer on QGIS.

This version also suffered a strong bugfix. I kindly ask that anyone that find a bug, please report on e-mail or in the project's site. 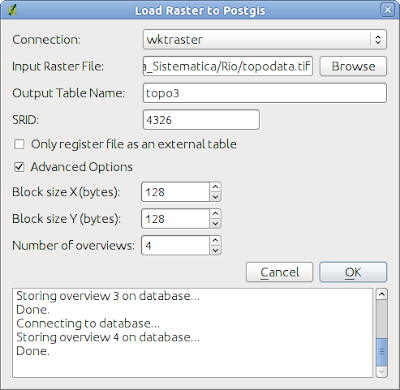 Reading a single tile in the table 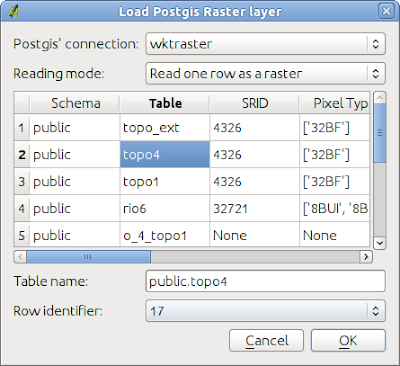 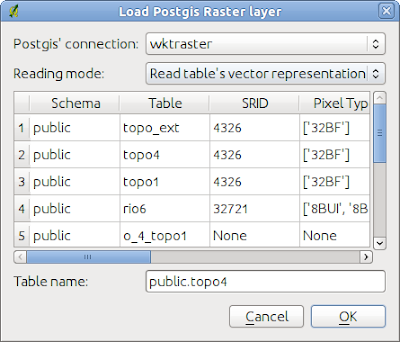 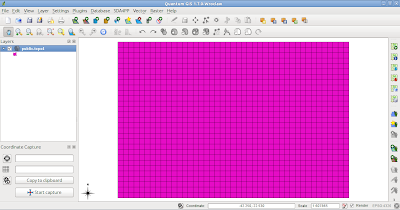 While messing around with 3D game engines and digital elevation models I realised that it's pretty simple to transform geographic elevation data stored on raster files into x3d terrain models.

The result was the script: gdal2x3d

The main goal of this code is to read the digital elevation from a tif, hgt or similitar files (read through  GDAL) and store the sequence of height levels in an ElevationGrid on a x3d file.
By doing this the 3D model created can be imported on 3D applications such as Blender or game engines such as crystal space.

Travelling through Brazil with Quantum GIS

Your favorite GIS software now also helps you in your vacations! On this post I show how to trace routes on brazilian highways using QGIS and also navigate using GoogleMaps' satelite images.

Ps.: RoadGraph Plugin is going to be included on QGIS oficial 1.7 release

First, let's load our data. The layer called ST_Rodovias stores every brazilian highway*. When the RoadGraph plugin is installed (by copying the dll to c:\osgeo4w\apps\qgis\plugins\ on OSGeo4W's builds), there is a small box on the bottom left side of the screen for routes tracing. We choose origin, destination and the plugin traces the route as shown in the image bellow.

* On scale 1.100.000 almost every bridge and tunnel are represented as dots. If we wish to be more accurate we should merge the ST_Rodovias layer with ST_Ponte_Tunel where the line represented tunnels and bridges are stored. 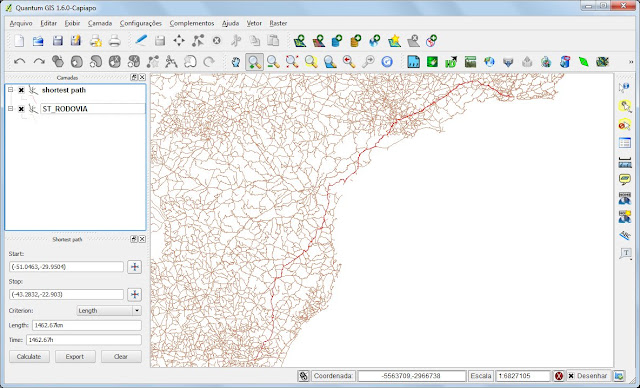 With the mouse right button over the layer "shortest path" we can export our route to ShapeFile. This way the software is able to reproject it later over the imagery.

Now we can load OpenLayers plugin: 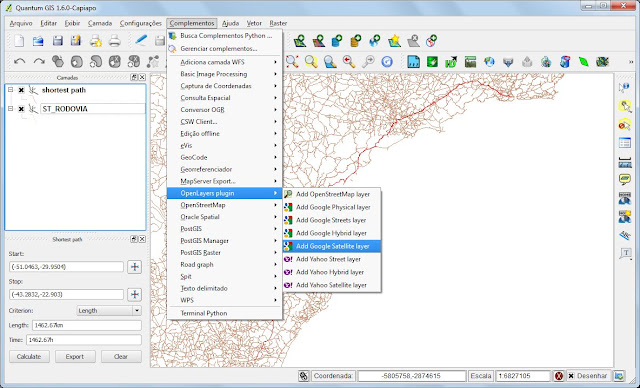 And the result, as expected is the visualization of our route over Google Maps' imagery. 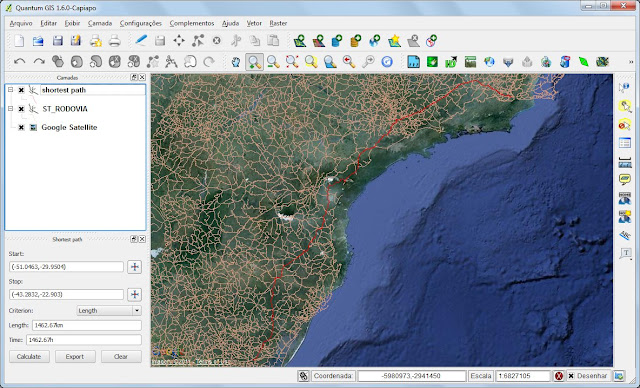 The great deal about this solution is that it allows GIS analisys over the route traced. It's a desired feature for some brazilian highway departments when they need to know the distance between cities in the country. It's also possible to know which citties are near a travel route and how they are going to be affected if this changes. These analisys are possible because we are working with a full-featured GIS software with a suficiently complete Dataset.
Postado por Unknown às 12:45 13 comentários:

Aiming to share some of the posts with the English community I'm going to post translations from mapeandoobrasil.blogspot.com here.
Postado por Unknown às 12:30 3 comentários: